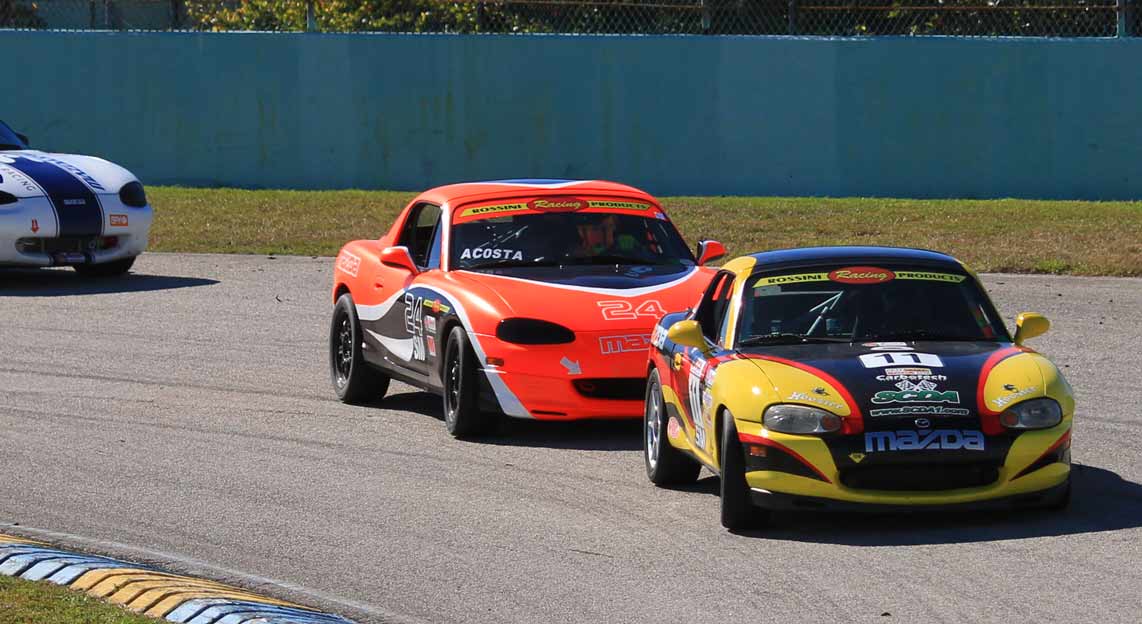 You’ve probably seen a video of it before on TV. That car trying to drive in the snow attempting to take a turn, but instead the car continues going straight instead? In a panic, the driver usually adds more steering, but the car STILL keeps going straight. Then, in a desperate last attempt, they steer all the way and stand on the brakes. But, yet again the car continues straight, finally smashing head on into a light pole.

If you know what I’m saying here, this is understeer.

Or as the rednecks would say, “understeer is when you turn and she don’t turn.”

Understeer is usually correctable, and in case it wasn’t obvious, what the driver did in the example I mentioned above is NOT the way to correct understeer. In fact, it’s quite possibly the worst thing you can do, yet ironically it’s a common mistake.

“an object in motion stays in motion until affected by an external force.”

What this means to the performance driver is that the car ALWAYS wants to go straight.

When we ask the car to turn, we are creating that external force and asking the car to do something other than what physics want it to do naturally. Turn hard enough and we eventually will lose grip and the car understeers on a straighter path than the one the driver is asking for. It’s just physics. The car will seek this bigger arc with either the front or rear tires. But, in the context of explaining understeer let’s say the fronts slide first.

In an understeering car, the front always maintains a bigger slip angle in the front than in the rear.

What’s this “slip angle” you speak of?

Any time you steer a car, you are producing “yaw angle.”

Yaw angle is the difference  between the centerline of the car versus the direction the car is traveling.

The bigger the yaw angle becomes, the more likely the tires are to slide. Eventually, if we turn hard enough, another angle is produced, called slip angle.

In any type of understeer scenario we are generating both yaw and slip angle.

To the performance driver in the heat of the moment, slip angle is of greater concern.

An understeering car will always maintain a bigger slip angle in the front than in the rear.

When that slip angle begins is when understeer begins.

Therefore, I like to define understeer simply as this:

Identifying when the car is understeering arrives in the brain in two different ways – seeing and feeling.

Seeing understeer requires proper eye work technique and if done properly, your eyes should tell you the car is headed on a wider arc than you are asking for with the steering. Halfway between your turn in and apex, your eyes should be focused near the exit point of the turn. Using your peripheral vision to sense speed and direction, you can ask the car to go straighter at the exit of a turn by squeezing more throttle. Or, you can ask it to turn more by easing off throttle.

Feeling understeer happens through the seat of your pants and feel on the steering wheel. Maintaining a nice, light grip on the steering wheel will enhance your feel and enable you to better extract feedback coming from the car. You also feel this through the seat of your pants, that “pucker” moment when you get the sensation of going straight when you’re trying to turn.

Because most of us drive on the street every single day, most of us are proficient enough at turning with the steering wheel to make it by. But unless you spend a lot of time at a car’s limit of traction, you won’t be very skilled with the unfamiliar concept of steering with your feet.

The fact that we have more control over understeer with our feet than we do our hands is actually a good thing!

This is because the throttle has a smaller spectrum of modulation than the steering wheel does, allowing us the opportunity to more quickly make an adjustment should we need to. And conveniently, in an understeer the car will be highly sensitive to throttle adjustments and fairly numb to steering input.

The good news is, correcting understeer is done virtually the same way in a large variety of different types of vehicles from cars to SUVs, and front wheel drive to rear wheel drive.

And no, steering more in an understeer does not correct understeer. It was actually partly the cause of it.

The solution is actually overwhelmingly simple.

Corner entry understeer is due to too much of any input for the given speed. Whatever the last input you made to the car was when it began the understeer, take it back out!

This is where the “when in doubt, both feet out” expression really makes sense, meaning you usually want to be off of all the pedals during a corner entry understeer. The same is true for steering. You usually want to take out a fraction of steering out once you’ve felt that understeer, but keep in mind your footwork during this time is most critical.

Understeer at corner exit is usually due to too much throttle input with too much steering at the same time. By using too much throttle at the exit of a turn, we shift the load toward the back of the car. This comes from the nose, unloading the front tires and encouraging the car to understeer.

Think of your front tires as rudders on a boat.

Anytime the performance driver turns the steering wheel, they are simply “setting the rudder.” Just as a rudder in a boat has to be IN the water in order to turn, the tire has to be pushed INTO the pavement the same way in order to turn the car effectively.

Whether or not the car accepts the rudder input and changes direction depends on the load transfer of the car.

Therefore, with a proper sight picture and our eyes focused on our intended path, we can begin to get a sense of whether or not we want to go straighter or turn more.

To see how to steer with your feet at corner exit illustrated, download the free PDF below.

HOW TO STEER WITH YOUR FEET AT CORNER EXIT

As you can see, when we pick up throttle the load will shift from the front towards the back.

Since we’re lightening up the front tires at this point they won’t be pushing into the track as much and will have a smaller contact patch. This will cause the car to seek a straighter radius.

Vice versa, if the driver eases up on the throttle, the load transfer will go towards the front, pushing the front tires into the pavement, increasing the contact patch. The car will turn more now.

As you can see, understeer is a very manageable condition. Just remember, the single biggest contributing factor to correcting understeer is managing the load transfer. If you’re right on the ragged edge of traction, don’t expect the steering wheel to do much. Expect most of the fix to come from your feet.. 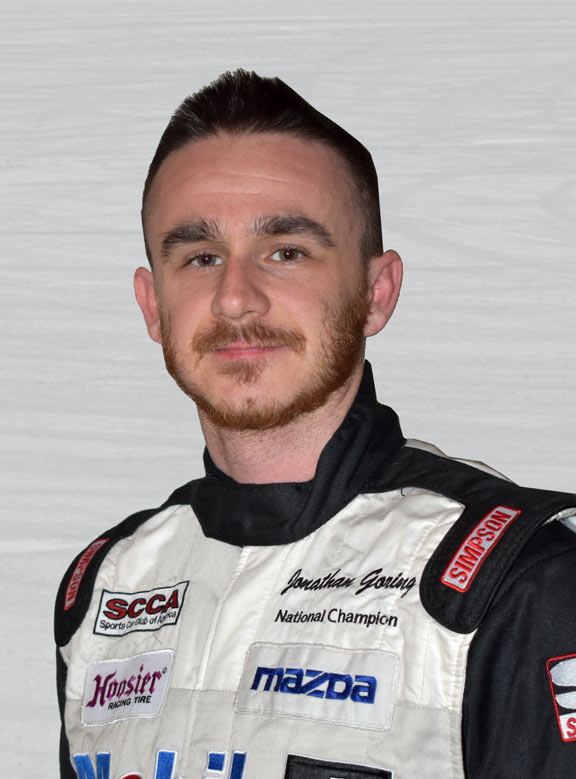 Improve Your Eye-Work In 90 Seconds